Applied Kinesiology is a synthesis of knowledge and techniques from the fields of chiropractic, kinesiology (the study of muscles and body movement), Traditional Chinese Medicine (TCM), and nutrition which was developed in the 1960s by the American chiropractor, Dr. George Goodheart, and which is practiced by many chiropractors and medical professionals. Touch For Health® Kinesiology, developed by Dr. John F. Thie for lay persons, grew out of Applied Kinesiology and formed the basis for many other kinesiology methods that were developed subsequently, including LEAP®, Hyperton-X®, Brain Gym®, and R.E.S.E.T.

Balance - A kinesiology session is often referred to as a "balance". The term "balance" is used to describe the process of (1) determining if there are any areas in the body where the flow of energy is disturbed, and (2) applying non-invasive techniques to return the flow of energy in those areas to an optimal state.

Brain Formatting is a kinesiology method developed by Hugo Tobar to non-invasively interact with different areas of the brain (cortex, limbic system, brain stem, etc.) in order to find and alleviate stress. 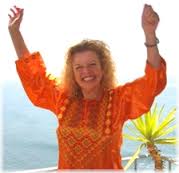 Energy Kinesiology is a general category which encompasses kinesiological methods that grew out of Touch For Health®. The term originated in the early 1970's with Donna Eden who says in her book, Weaving the Energies: Setting the Field (EDEN, Donna (1996), 12f: Innersource: Ashland, Oregon): "As my work matured and took its own direction, I settled on the term Energy Kinesiology as the art and science of systematically moving energy in the physical body. I am interested in the body's energy wherever it flows: from the muscles, organs, veins, and bones to the chakras and meridians to the fields surrounding the body. I have retained the term kinesiology (the science of human muscular movements) in recognition of my indebtedness to Touch for Health®, its origins in Applied Kinesiology, and to acknowledge the continuing use of muscle testing in the Energy Kinesiology system." In May 2002, Donna Eden granted the Energy Kinesiology Association unrestricted rights to use the term Energy Kinesiology to describe the emerging profession of energy workers who use methods derived from the field of kinesiology. People who are schooled in several methods of kinesiology often refer to themselves as Energy Kinesiologists.

Energy-Meridian Point Formatting describes the process of accumulating kinesiological information relevant to helping the client by way of holding specific energy-meridian points and hand positions during the course of a balance.

Hydration - Water is the primary building block of cells, is needed to metabolize the foods we eat, insulates the brain, spinal cord, and organs, lubricates joints, flushes waste and toxins from the body, and regulates internal body temperature. Good hydration is very important for optimum health.

Muscle testing is used to determine areas in the body where the flow of energy is disturbed. For a muscle test, the person being tested is requested to hold a particular position while the practitioner applies gentle pressure against the position.

SIPS is the acronym for the Stress Indicator Point System developed by Ian Stubbings. With the SIPS stress indicator points, stress can be identified, accessed, and thoroughly resolved.

What can I expect from a session? A typical session (balance) will last about one hour, but could go longer, depending on your needs. The balance will normally begin with some discussion of your issues and may involve the definition of a goal statement describing the change(s) you would like to achieve. A test of hydration is always included at the beginning of a balance. Most of the time will be taken up with muscle tests and gentle, non-invasive corrections. All tests and corrections are performed fully clothed. The tests and corrections may be performed in an upright position (standing or sitting) or a reclining position, depending on the kinesiological method being employed. For tests performed in a reclining position, I will provide a massage table and pillows for your comfort.